Music and Dance in our Mountains

The New York Times columnist David Brooks (whom we affectionately call Rabbi Brooks) has written recently about the virtues of small towns and local governments. Our town of Waynesville is a poster child for his Washington reveries. (Shh, don’t pass it on. It will drive up the real estate…) Not least among its opportunities is the wealth of music and dance that fills the town each July.

Folkmoot, arguably the largest folk dance gathering in North America, has once again brought dancers from around the world to our streets, halls, and fields. Local high school and college students, along with host families, serve as their guides through ten days of dance, music, and even a little tourism in Cherokee or our local parks. 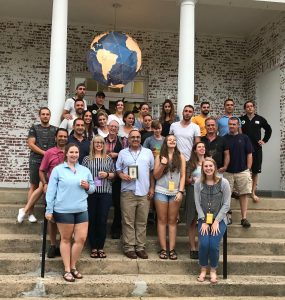 With the Cyprus Group, hosts, and guides at Folkmoot

For me a special treat was the visit by the Kyrenia Youth Centre Association from North Cyprus. We were able to have dinner with them and share my book, whose pictures fascinated them with possible images of their own ancestors, their clothing, and their way of life at a mine that most of them had heard about. While the details of Cyprus’s recent 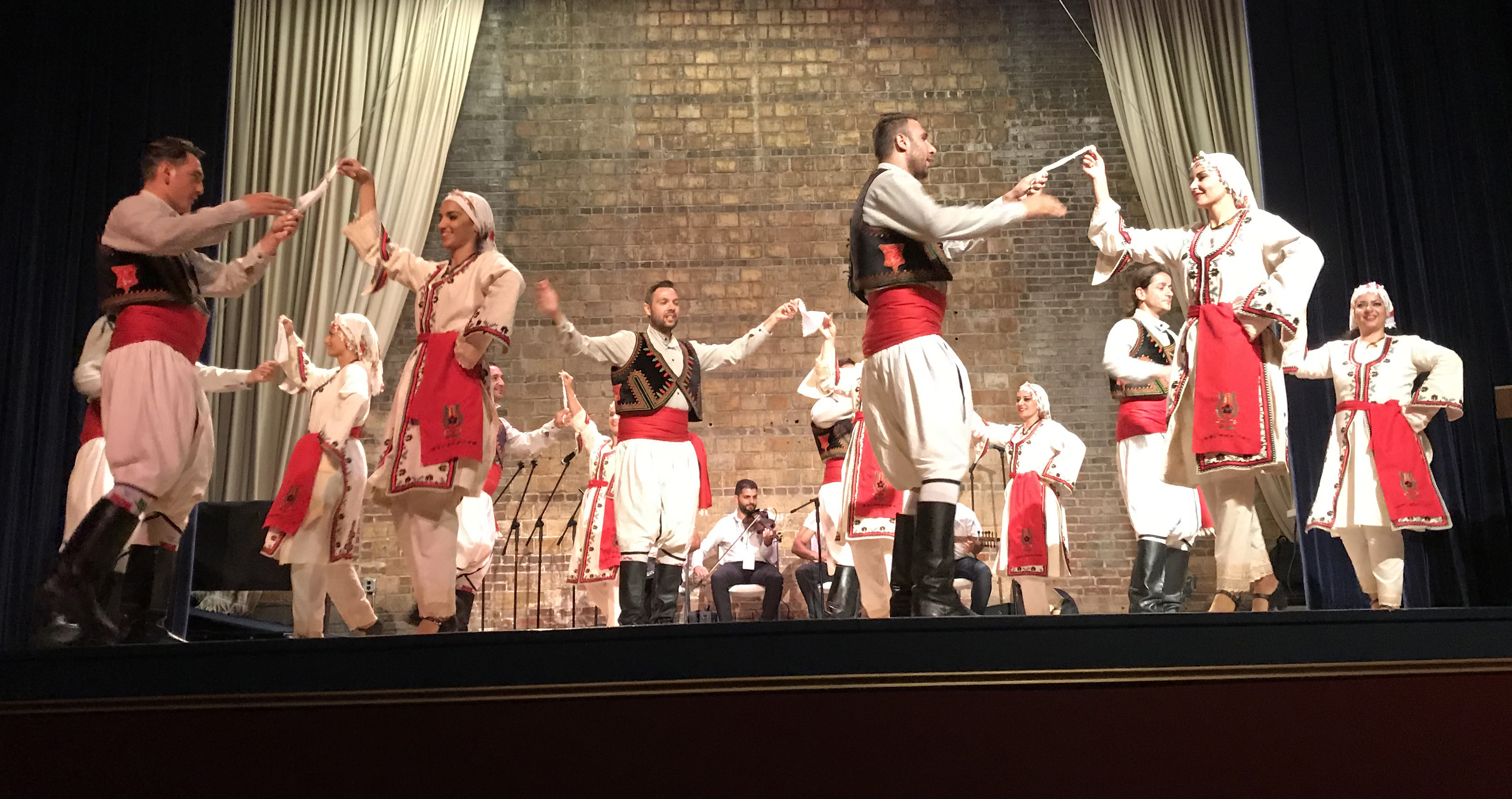 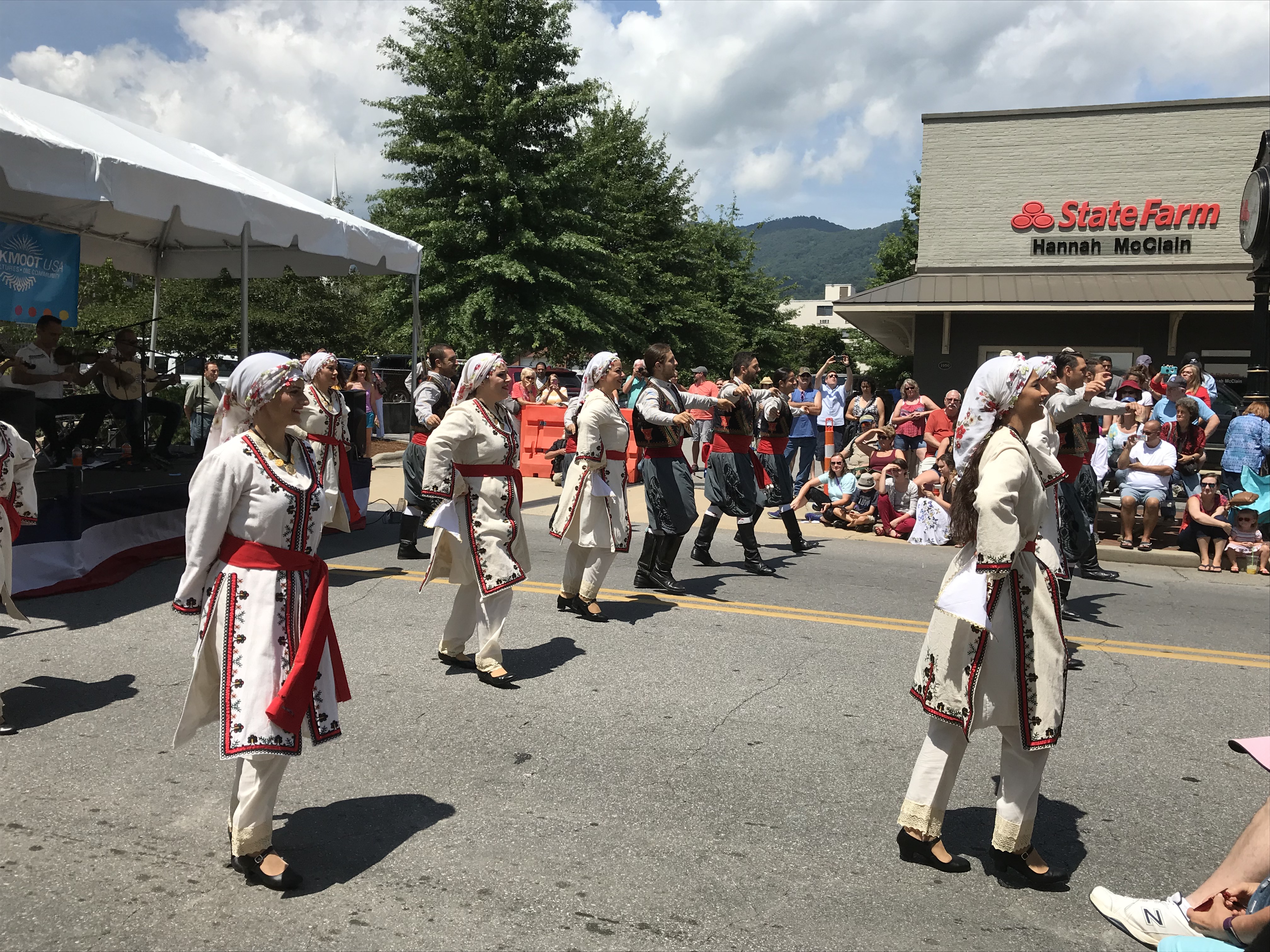 difficult and divided history were lost on most of my neighbors, people were able to get a taste of the vibrant energy of the people of Cyprus, the richness of some strands of their heritage, and, if nothing else, where this almost mystical island is. Their dances with twirling sickles, balanced water glasses, or slapping boots delighted kids and grownups alike. The women’s dresses and the men’s sashes colored the air. In their trail were splendid dancers from Mexico, Thailand, the Czech Republic and other lands. All of this hosted by a town of ten thousand people. 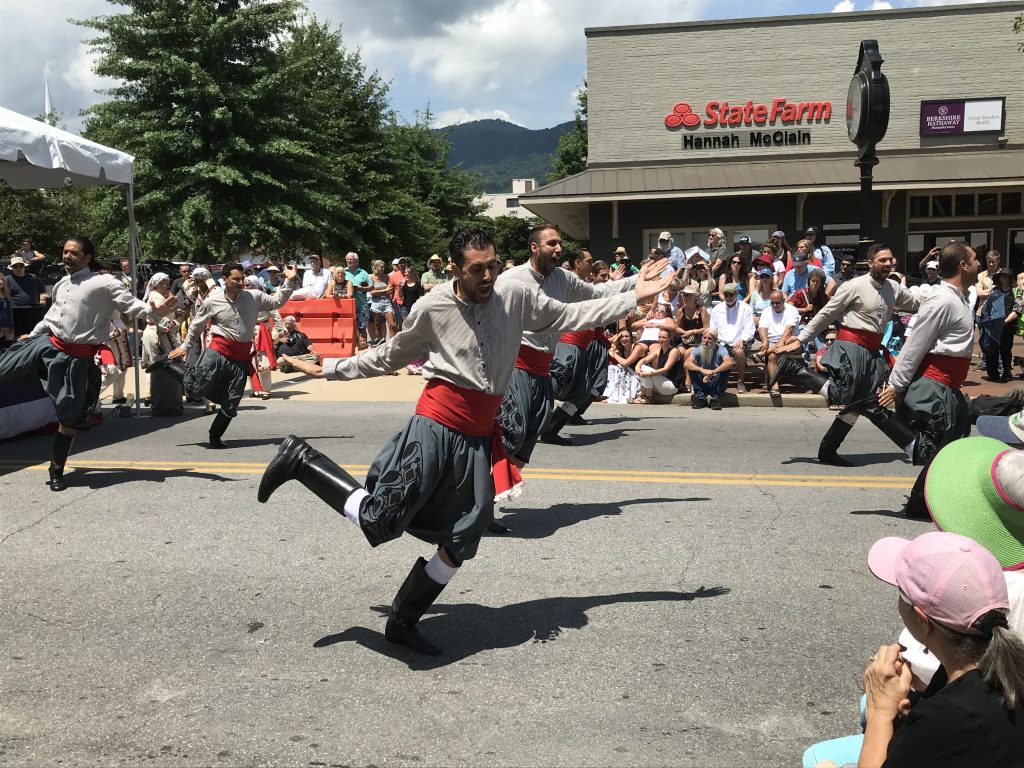 At the same time we have hosted, with our church as the venue, the 49th year of the Swannanoa Chamber Music Festival. Pianist and composer Inessa Zaretsky, of the Mannes School of Music in New York City, coordinates this remarkable series, which brings top flight quartets, singers, and instrumentalists from all over the country. The five concerts included the counter-tenor Nicholas Tamagna as well as world premiers of pieces by Inessa and by Alyssa Weinberg, who also was present for conversation afterwards. Performances by the Enso, Jasper, and Tesla string quartets were augmented by visitors from Boston, Pittsburgh, Seattle, and other orchestras. Getting to breath our mountain air and enjoy the vistas of forested mountains were hopefully some of the benefits they received even as they shared music from Bach and Beethoven to Webern and Dohnányi.

This, too, is the result of years of work by 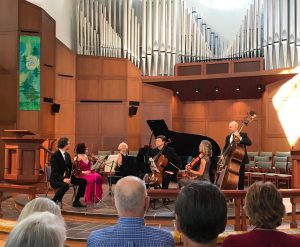 local volunteers whose world is rooted in this community but whose vision embraces the globe. While each community has its own resources, visions, and energies, the spirit of collaboration, openness, and hospitality is exportable. I hope each of your communities has these qualities and that you have found ways this summer to coax and nurture them in the face of this world’s cruelty, bullying, and indifference.

Well, these are my notes from summer music and dance camp. Hopefully my web site and computer problems are behind me and I can look forward to more conversation with you in the future.

2 Responses to Music and Dance in our Mountains